A review of The India Club on London’s Strand

It’s easy, as you walk down the Strand, to be fooled by the enormous Edwardian facades and the sweep of Alwdych’s crescent, into thinking you are in London. Don’t be. You are somewhere in India, of course, and it’s shortly after 1950 and Krishna Menon, India’s first High Commissioner, Prime Minister Nehru and Lady Mountbatten have just agreed the menu – everything you’d expect, good decent, honest dhosas, something for everyone, everyone welcome. 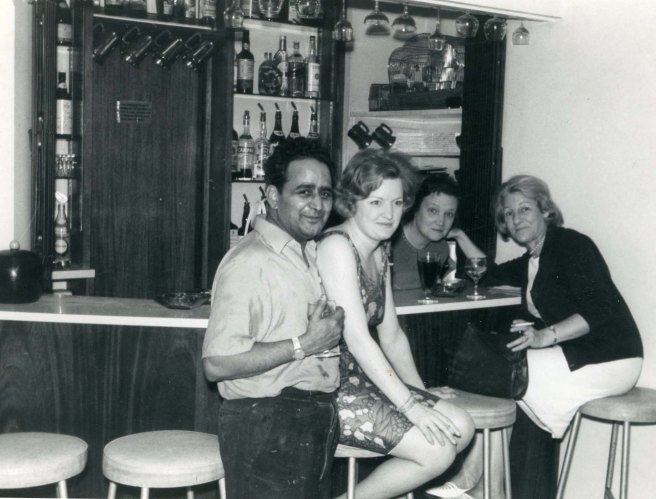 We were walking along, past Kings College’s wide, depressing 1970s glass, I was looking for a large sign, a window, an entrance, a door and all I saw was a discrete little black board, as inconspicuous as possible. Next to it, on our right, was a shiny fuchsia linoleum staircase  – slightly surprised at our being there but happy to show us up, none the less.

After this point, the year 2019 becomes indistinct, like an old polaroid left out on a hot park-bench, and everything goes a little bit orange, a little bit warm and blurry and you start to breathe the air of the Raj, a past that seems to have kept it’s door open at 143 The Strand – everything forgiven, open and yet only for the lucky ones who see the blackboard and trust the tangerine stairs – the way up to a secret realm, like platform 9 and three quarters at Kings Cross. 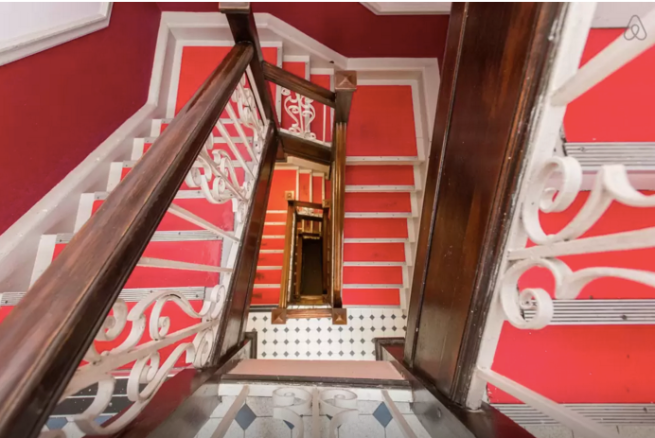 Enough said – let’s look around, explore this rare corner of Time that has escaped Death, for now. Let’s get a move-on in case the bell strikes midnight and all we find is another empty Pizza Express next to the empty one that’s next door.

Time for some mughlai chicken

And so, to the bustling upstairs restaurant. During the day, you can look out through the sash windows onto the Strand at lunchtime, but at night, you are thoroughly protected from 2019 London, the formica tables seem close and more glossy and the yellow walls warmer and more magical. 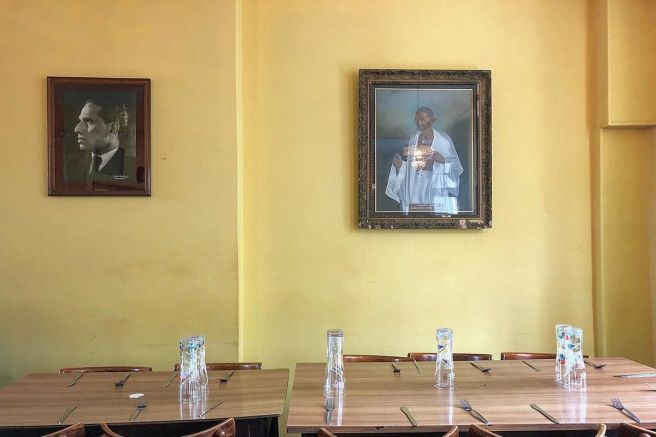 This is a Bistro, in the true sense of the word – fast and tasty. Within 20 minutes of ordering our Mughlai chicken and Bhuna lamb with saag dhal, okra, coconut rice, naan and of course popadoms with mango chutney and onion slices – it was there, quickly, with no ceremony, a smile and an answer to my father’s question:

‘How do you make okra at home?’ – to which our white-coated waiter-cook replied – ‘Simple, boil for 4 minutes, add salt and mustard oil, stir and it’s even better if you stir it and smash it like a mashed potato’.

Time-out gives it 4 stars and I whole-stomachly agree. I get the sense that, much like the formica tables, the flavours haven’t changed. And if it ain’t broke don’t fix it. 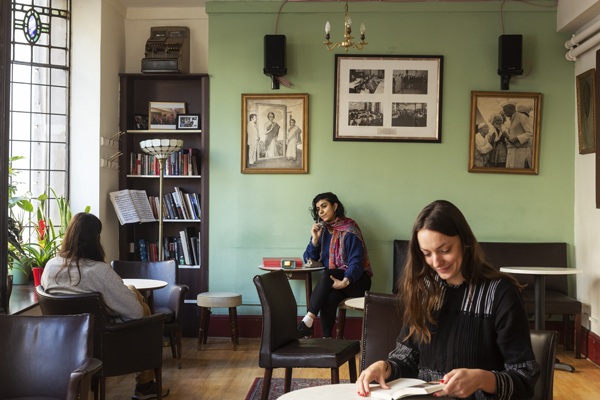 And thank Shiva the Club has evaded various attempts to ‘bring it up to date’, as William Gould a professor of Indian history at the University of Leeds, who helped to get the Club a “listed building” status. “We are extremely pleased… the Club shouldn’t just be seen as the site of a connection to the Indian League but that it is also of significant cultural importance to the area, and the South Asian community of this country as a whole, and beyond that. ” Indeed the founder of Cobra beer himself Shashi Tharoor, among 26,000  others, is a patron and comrade in the war to save this modest haven of 20th century good will.